WHY MORE CFOS ARE SHIFTING IT INVESTMENT FROM CAPEX TO OPEX

The bottom line is always the focal point in any company. Where to spend money is a constant tug of war but it’s not the only battle being fought. How to spend the money can be just as contentious.

CFOs have to consider multiple factors to determine expenditures and every year might bring with it a host of changes and market conditions that impact those decisions. Traditionally for technology investments, CFOs most often preferred capital expenditures over operating expenses because they could take advantage of amortization and depreciation of those investments over an extended period of time. There’s a growing argument, however, that operating expenditures (OpEx) have distinct advantages over capital expenditures (CapEx) that have made it a favored investment approach by finance departments and CFOs.

The Growing Role Of OpEx In IT Spending

There are plenty of hard costs that require large, upfront investments and should be a part of the approved budget (CapEx). They are costs that can be planned for in advance, but predicting future need is risky. Although the actual spend for approved projects is predictable, what was planned does not necessarily align with what is actually needed by the business over the life of that investment. In light of the rapid advancement of technology, IT infrastructure needs are becoming less and less predictable.

Today, technology options and how they’re delivered is simply incredible. What once required dedicated real estate, skilled employees and loads of time can be fulfilled remotely via the cloud or by dedicated companies that charge a subscription fee for a service. Organizations have more options because they can afford the latest and greatest technology without having to find a large bucket of funds upfront to pay for it; this frees up cash for investments and other projects that drive revenue and growth.

Other inherent difficulties with capital spending on technology can include:

Operating expenses, on the other hand, are generally used for the day-to-day costs of running a business and can be more stable. While some CFOs are still reluctant to move much of their IT spending to the cloud and other providers, technology developments are occurring faster than companies can digest and are the exact reason why many CFOs are shifting from a reliance on capital expenditures to operational spending.

Technology as an operating expense allows a company to:

Some might argue that the move to OpEx might make cash flows less predictable since costs are based on actual usage. Imagine that your website traffic spikes because someone features your product on a YouTube video that goes viral. You didn’t predict the surge in traffic so your costs will spike for that month. At least you have the agility of getting the needed capacity on demand. However, what was the alternative in the CapEx model? Have the website crash because you hadn’t planned for a sudden spike in traffic during your budget planning process in January?

Some Technology Was Meant To Be An Operating Expense

When companies decide to move their IT infrastructure to the cloud, additional benefits are immediately felt. The company no longer needs to dedicate the same resources, time and space for the hardware and software. Many processes are automated and standardized, improving efficiencies. Services, features and options can be purchased as needed and used on demand, so companies aren’t paying for underutilized components.

If capital expenditures are generally meant for static investments and operating expenses are intended for fluctuating costs, it only makes sense that rapidly changing technology should be considered for OpEx. IT procurement, therefore, is turned on its head: instead of purchasing technology based on long-term projections decided years ago, the company pays only for the IT services it needs, when it needs them, and can scale them as needed.

If you’re looking to reduce communications costs, the cloud can save you money:

The cloud offers a better path for growth. It not only saves you money through economy of scale, but also it scales cost‐effectively as you grow. You never have to worry about adding more servers and switches as you add more employees. You simply add another seat in the cloud at a fixed monthly cost and have the assurance that new employees are connected into all of your business communications from day one.

REMOTE HYBRID WORK SOLUTIONS – BE THERE WITHOUT BEING THERE…. 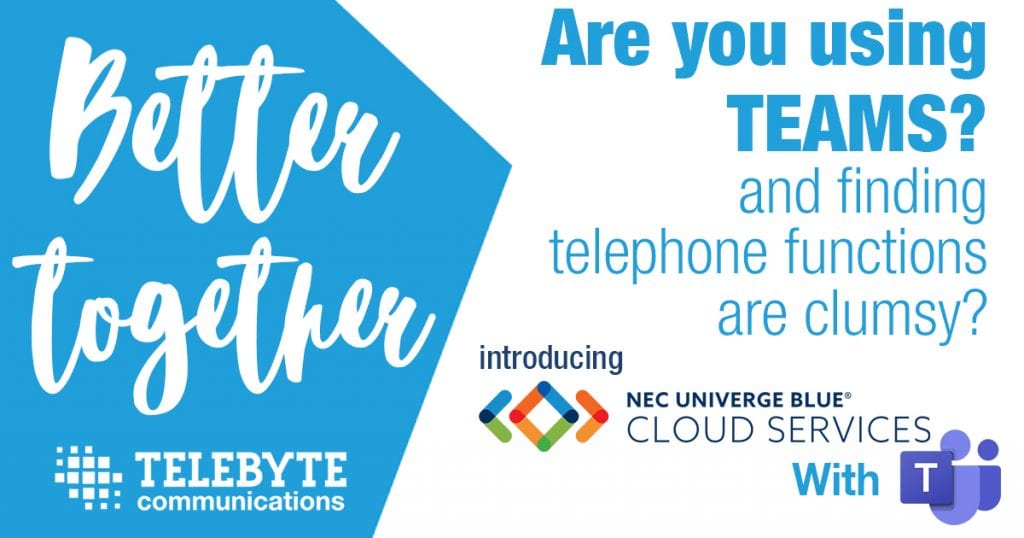 Introducing UNIVERGE BLUE CONNECT “With” and “For” Microsoft Teams Packages

Let's talk about your project

Let’s talk.  We love to share, and we don’t hassle you afterwards. 🙂

NOW IS THE TIME TO MOVE TO THE CLOUD! FREE PHONE! WITH UNIVERGE BLUE CONNECT

For all new and migrating UNIVERGE BLUE CONNECT Users

Thank you for your interest. We will be in touch shortly. We don't share your information with anyone.